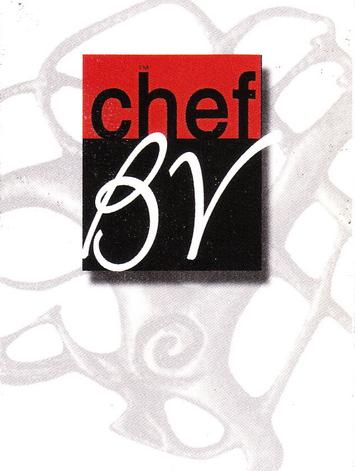 A thirty year veteran of the culinary arts, Brian Vaccarella has devoted his life to the pursuit of extraordinary cuisine and impeccable service.  Through intensive hands-on training in a variety of kitchens from large resorts to small pubs, Brian brings with him to the kitchen a comprehensive knowledge of cuisine, culinary techniques, menu development, and an absolute love of food.
Since moving to Los Angeles, Chef BV has had the opportunity to tempt the palates of patrons in the hottest clubs and restaurants, as well as some of Hollywood's biggest stars.  His careful attention to detail and flavor have proved invaluable to his culinary success, clean preparations using the foods natural flavors to accent the dish.  Whether it be a catered event, restaurant, or private home, Brian’s even-tempered and relaxed style shines through his culinary creations and aides his overall ability to successfully produce high quality memorable experiences.
Brian was the executive chef/project manager for the 2004 AFI Film Festival, featuring 11 days of high profile gala events in Hollywood. He has also had the honor of preparing for President Bill Clinton, the James Beard Foundation in NYC, the City of Los Angeles’ Project Restore City Hall, and was featured at a Food and Wine magazine event as one of LA’s six best new chefs.  He has catered large corporate events for the likes of Sony, HBO, NBC, New Line Cinema, Heineken, Miramax, MTV, and Paramount Pictures, as well as Oscar parties for all 3 Lord of the Rings movies. Chef Brian also consults for restaurants and nightclubs from menu development, financials, and training, to build out and kitchen design.  A few these include the Foundation Room House of Blues Sunset Strip, The Garden of Eden, The Edison Downtown, and Saint Felix in West Hollywood and Hollywood.
Over the past 6 years Chef Brian has taken his culinary endeavors into the music festival world offering great cuisine to both festival goers and production crews from local SoCal festivals such as Lucidity, Lightning in a Bottle, Ignight Fire Conference and deep into the Nevada desert at Burning Man as Dub Gypsy Kitchen…blending food, music, and camping festival adventures that allow for attendees to eat delicious, healthy meals without the hassle of cooking or cleaning up for themselves.